Photoplay signs the director with a perfect pitch for comedy, Frazer Bailey

Frazer Bailer began his career by creating short films. His short film, Self Serve, came 2nd at the Italian Film Festival and was a Tropfest finalist in 2003. It went on to be selected in the Top 8 Tropfest Films of all time and screened at the Tribeca Film Festival in New York.

His next short film, Silencer, was also a finalist at Tropfest and his third, Glenn Owen Dodds won the Studio Canal Prize at the Clermont Ferrand Short Film Festival in Paris as well as a showcase of festival awards.

He soon discovered that he had a flair for comedy performance that advertising wanted. He began collecting work from Clemenger BBDO, Leo Burnett, Y&R, Publicis, Ogilvy and Grey Melbourne. He became the director with a clever knack for character casting and extracting the most distinctive and oddball performances.

His ad, Come Back Refreshed, made with Publicis Australia for Air Asia Escape, won gold in direction at the BADC Awards in 2015.

“I’ve always been a fan of Photoplay,” Bailey commented.

“They have a track record for supporting their directors with a truly collaborative approach to filmmaking and their long-form division means they are serious about investing in this space, with three notable feature films already under their belt.”

Photoplay executive producer Oliver Lawrance added, “Frazer first caught my eye with his ability to cast unforgettable characters and for his hands-on direction that has elicited some truly irreverent and memorable performances. We are really excited to welcome this great talent and all-round nice guy to the roster.” 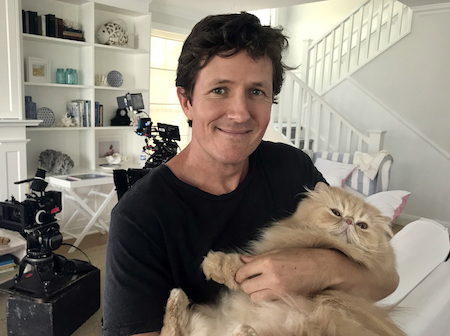 Photoplay, congratulations for ten years of bringing intriguing ideas to life. Especially these ones…
September 23, 2019