Eight-year-old Sultan Abdullah Mohammed Soumr from Ras Al Khaimah noticed that the Arabic instructions on the packaging of Betty Crocker Mug Treats Triple Chocolate Cake only spoke to women. Betty Crocker has presented itself as the embodiment of family values for almost 100 years.

He voiced his feelings to his elder sister, who highlighted them in a tweet while tagging the brand’s social media platform. The tweet, which subsequently went viral read, “Betty Crocker, why do your baking instructions only speak to women?” 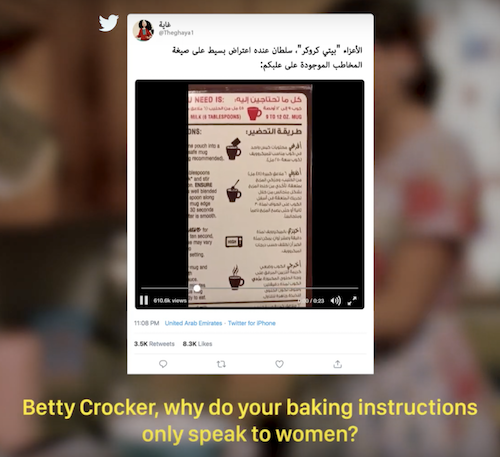 Betty Crocker listened. The baking giant immediately began working to change the language on its packs, to make sure that all of its customers, male and female, young and old, would feel included. This was no small task. As one of the region’s biggest brands, it meant rewriting and redesigning instructions for more than 40 products, and then reprinting more than 20 million packs to make sure that the language used was gender-neutral and inclusive, because, as Sultan pointed out, the kitchen is for everyone.

Sultan’s voice helped to inspire a whole new Betty Crocker campaign, The Kitchen is for All, by VMLY&R.

“At Betty Crocker, we believe in equality and inclusivity,” stated Ali Akhtar Shaikh, commercial director MEA & marketing capabilities director for General Mills Asia Middle East Africa. “We believe in Each for Equal and we welcome ideas and recommendations from any source. It was truly inspiring to hear Sultan’s opinions, especially given his age. It proves that there are no barriers to creating change.  Across the region, our products have been part of bakers’ lives for decades, and it’s important that we constantly evolve to stay connected, and reflect the family values of every generation.” 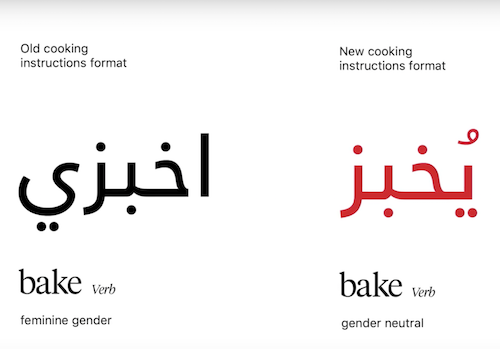 Kalpesh Patankar, chief creative officer of VMLY&R, MENA, stated, “Betty Crocker is an incredible client partner who has taken the important step of evaluating its company and the impact of its brands. We saw a clear and necessary change in the packaging and brand voice. We realised how simple it is to be gender equal – and all it took was for us to make the change. As we move past the age of awareness and into action, it’s so important for brands to take the steps, big and small, that can move us toward gender equality. Brands today have the power to make these meaningful changes.”

The new gender-neutral Betty Crocker packs hit the region’s supermarket shelves from last month. In the first three days, the campaign earned over 35 million organic earned media impressions, which is huge for the region. Betty Crocker is already seeing a sales increase, with figures due to be finalised shortly.

This small change by Betty Crocker is a huge step forward for the region:

13 of the 15 countries with the lowest rate of female participation in the workforce are in the Arab world, according to the World Bank. Many women are staying at home, whether from choice or because of cultural, social or familial pressures.

And according to a report by the World Economic Forum, Saudi Arabia is one of the worst countries in the world in terms of gender inequality.

Copyright 2016 The Stable. All rights reserved.
Website Developed by ebpearls.com.au
The Stable