Rothco does what to the flag of Ireland?

“Whether serving at home or abroad, Irish Defence Force personnel proudly represent their country. The most visually symbolic demonstration of this is the Tricolour flag they raise, salute, wear and serve under, day-in, day-out. And for those who give their lives, it is the symbol that covers their coffin in recognition of their ultimate sacrifice.

The flag is everything to a soldier.”

This is the background to a campaign by Rothco for O.N.E, the Organisation of National Ex-Servicemen and Servicewomen.

The problem the campaign had to solve was that returning Defence Force personnel are not given the support they need. A number of them have even died on Dublin’s streets while sleeping rough. O.N.E.’s first homeless hostel was opened in direct response to these deaths, with 10 members of O.N.E. taking out personal mortgages to make it happen.

Since then, O.N.E.’s homeless hostels have provided a safe, supportive place for over 900 veterans to date, with many of those suffering from depression, disabilities and PTSD, or family breakdowns as a result of their service. 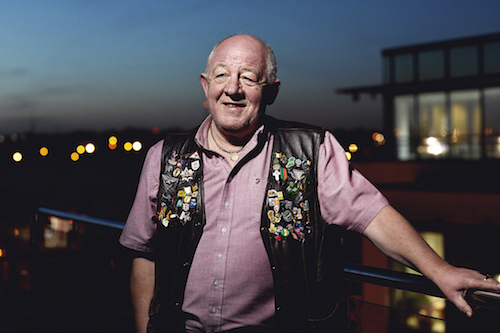 “Even as Irish Defence Forces veterans represent the Tricolour through thick and thin, the flag, in its representation of country and government, increasingly doesn’t represent or respect them when their service ends. Instead, it reflects a failure in the duty of care to veterans,” Rothco stated. 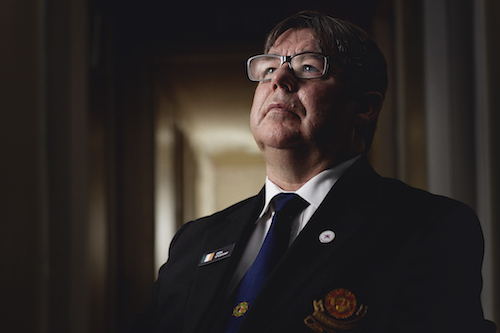 So Rothco is helping O.N.E to repurpose the flag to highlight this reality and raise public awareness for its work with homeless veterans. To highlight The partners have created the SleepingFlag, combining the object most synonymous with homelessness with the distinctive green, white and orange of the Tricolour.

Rather than seen flying above the country’s institutions of power, the flag will be seen lying crumpled, and more than likely dirty, in the doorways and streets of Ireland – keeping warm one of the people who gave their all for it and defying the protocol that it should never touch the ground.

“In lowering Ireland’s colours we’re creating a provocative act that will spark public debate about what’s more important – a national symbol or the people who have given everything in service to them,” Rothco noted.

James Pash, senior copywriter at Rothco, commented, “In the middle of the worst homelessness crisis in Ireland’s modern history, homeless veterans were especially invisible. Taking the Tricolour and applying it to sleeping bags, so synonymous with homelessness, felt like the most powerful way to visually depict their plight.” 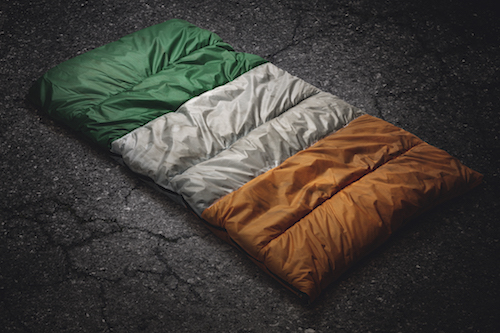